Why Efinity Is the Lamborghini to the Metaverse 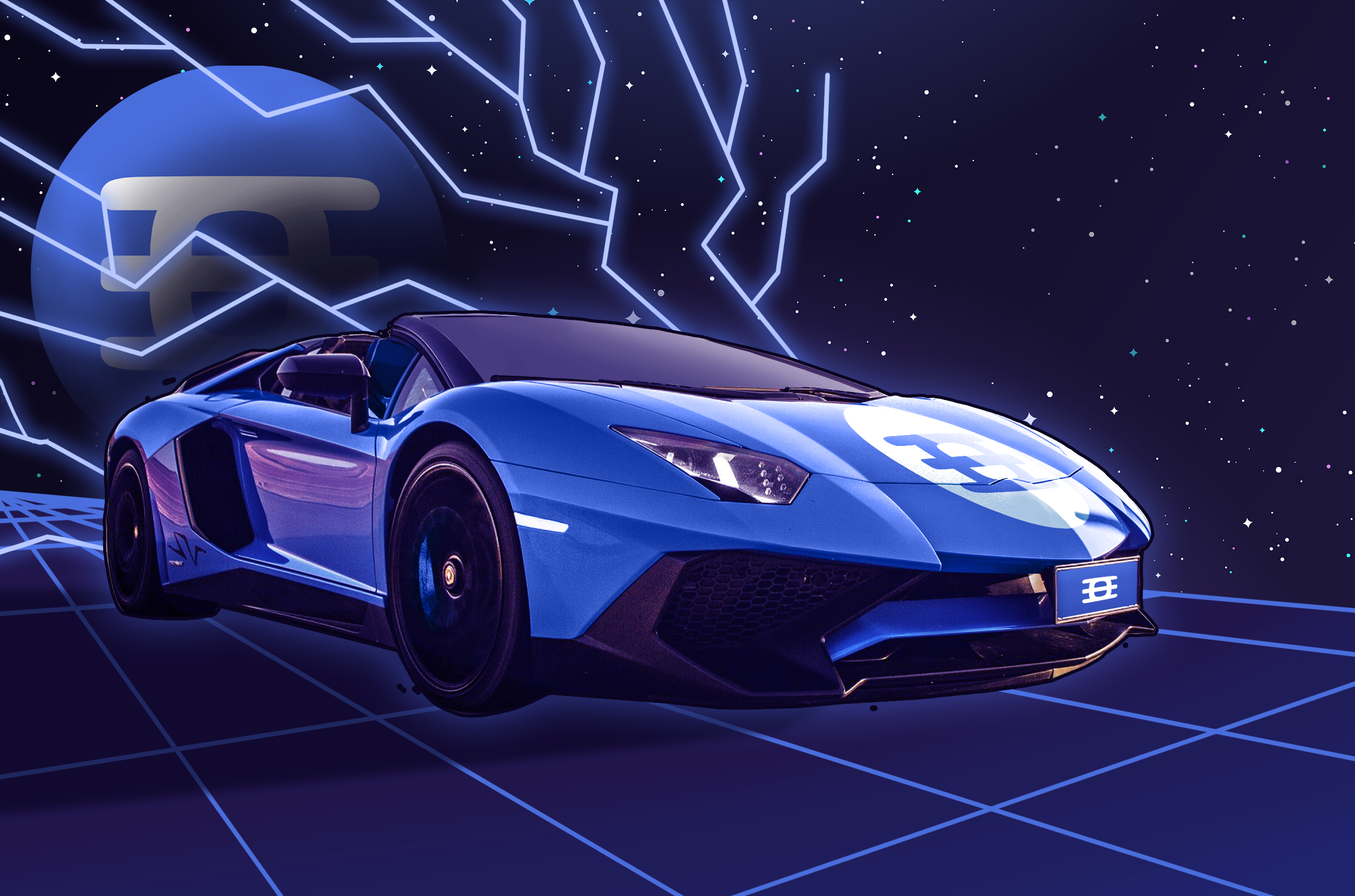 With something as important as our digital future, we need to pick the right tool for the job.

If you want fast and flashy, you don’t walk into a Ford dealership – you go for the Lamborghini.

A Ford-150 is a wonderful vehicle. Just not your first pick for a long, open road and a clear blue sky.

Similarly, if you want a non-fungible token (NFT) blockchain, you don’t look for a jack-of-all-trades blockchain. You use Efinity.

Efinity is a purpose-built chain, with NFT functionality built right into the protocol layer. It’s the real deal – not a Ford riddled with Lambo stickers.

If You Want a Lamborghini…

Bitcoin is the Ferrari of payments, “A Peer-to-Peer Electronic Cash System” as the 2009 whitepaper was entitled. Bitcoin has one job. If you need a balance deducted from Wallet A and increased in Wallet B—whether one dollar or one billion dollars—Bitcoin gets the job done. Over 10 years later, it’s still recognized as safe, secure, somewhat fast, and never having been hacked.

Later, Ethereum emerged as the opposite of Bitcoin. Ethereum was styled as the supercomputer of blockchains. But Ethereum at its core is relatively simple. It was intended to be an amazing foundation for infinite permutations of decentralized apps (DApps) all on the same chain.

Ethereum was revolutionary because it was envisioned to do everything.

Ethereum was designed to be a car that could be a Lamborghini or a Ford F-150.

Efinity exists to challenge this 2014 architectural decision. It argues that a blockchain should not do everything from decentralized finance (DeFi) to the metaverse.

Almost 10 years after the Ethereum whitepaper, not everyone looks under the hood. If it has smart contracts and gas is relatively cheap, you might call it a good Layer 1 chain.

Efinity argues that having NFT functionality built right into the protocol layer itself is a gamechanger, and people should look deeper under the hood.

This is a gamechanger for two reasons: more security and less friction.

Think about this key difference in several contexts.

First, an NFT wallet user signing an Efinity transaction knows what they're signing because the function should be well known and well defined. There will be no mysterious request that ends up sucking NFTs out of a wallet. There will be no add-on smart contract for a basic function that turns out to contain malicious code.

Efinity’s cohesive, focused architecture as a chain that promises NFTs and only NFTs (not DeFi derivatives) makes NFT transfers the equivalent of native token transfers. NFT transfers on Efinity would necessarily have less friction, be more secure, and be more transparent and more visible on-chain.

Like using Microsoft Office and Pages, or Numbers with the companion OS, Efinity’s NFT functionality has no compatibility issues and no malware.

This spells out what NFTs as part of the protocol layer means.

Engineering Away the “Infinite Approval” Problem

Just search for “infinite approval” in a blockchain wallet context. The many headlines you’ll get demonstrate the problem in the wild, from DeFi to NFT gaming.

Existing Ethereum smart contract frameworks are less efficient and generate friction for users because they evolved ad-hoc. For example, one may have to sign a transaction, wait for it to finish, then have to be alert to sign the next transaction.

A common Ethereum DApp solution is to simply ask users to give broad approval–infinite approval–over a wallet’s entire token balance, to make the DApp usable.

Strong security in individual components is meaningless if it is so inconvenient that users and developers waive this to make a DApp usable.

This unfortunately leads to exploits. Just around October 11th, for example, the Rabby Swap smart contract had a “hack attack” for at least 114 ETH and 179 BNB. The project asked users to revoke approvals for this contract.

What about the blockchain maxim, trust but verify? The contract was open source and audited by a blockchain security firm. Blockchain development is hard, but the point is that the fragmented development where the basic building blocks of your DApps are themselves add-ons only makes it harder.

In contrast, imagine a chain where the NFT functions are at the protocol level, where they are shown as clearly and as transparently as the permissions for a new app you install on your smartphone. You trust your smartphone enough not to read the fine print for these permissions, so imagine if you could trust an NFT chain the same way.

The Power of Polkadot

Ethereum itself solved the problem of having dozens of narrowly focused blockchains for each job, after Bitcoin. Efinity, however, avoids becoming an overly narrow tool that stands alone by being the first NFT parachain of the even larger Polkadot ecosystem.

Polkadot lets Efinity solve the problems of NFT transfers while backing Efinity with the resources of one of the world’s largest blockchain ecosystems.

First, Efinity operates under Polkadot’s shared security umbrella. Efinity’s collator nodes process the chain’s NFT-specific functions. Efinity and the other parachains, however, are secured by the Polkadot Relay Chain. They do not need to design their own security models and, again, can rely on the architecture and the resources of one of the world’s largest blockchain ecosystems.

Efinity plugs into this shared security even in its early evolution. A malicious actor would have difficulty assembling the resources needed to challenge those of the larger Polkadot ecosystem, unlike a new, fledgling chain.

Third, Efinity capitalizes on Polkadot’s sustainability and energy efficiency. Being a Polkadot parachain, Efinity has lower energy consumption than other proof of stake chains. Bloomberg reported:

“Polkadot has the lowest total electricity consumption and total carbon emissions per year of the six so-called proof-of-stake blockchains studied. …

When assessing the economic value secured in financial applications on each platform – known as the the total value locked – it’s $18,454 per kilowatt hour for Avalanche, versus $4,395 for Solana and $19.18 for Polkadot, the report said, using DeFiLlama data from Feb. 1.”

Driving to the Metaverse in Style

We are extremely excited to see Efinity evolve.

Efinity has very carefully thought out architecture, with a community that includes Polkadot Chief Architect and former Ethereum CTO Gavin Wood and Enjin CTO and ERC-1155 author Witek Radomski. The NFT functions are right in the protocol level, a gamechanger that more people need to see after they look deeper under the hood.

All these functions remove user friction and promote mass adoption, from discrete accounts (NFTs placed in addresses before wallets are created, incentivizing new users to create wallets to claim these) to fuel tanks (developers subsidize gas fees, making them invisible to select users such as new users).

If you want an NFT chain, use Efinity.

If you want to step on the gas and speed along an open road under a clear blue sky, envisioning the wind sliding against the smooth contours of an amazing car, drive a Lamborghini.

If you want powerful, developer friendly features right at the protocol level that remove friction, like how fuel tanks make gas invisible for select users, use Efinity.

If you want to arrive in the open, decentralized metaverse in style, get in your seat, fasten your seat belt, and ride with the Efinity community. 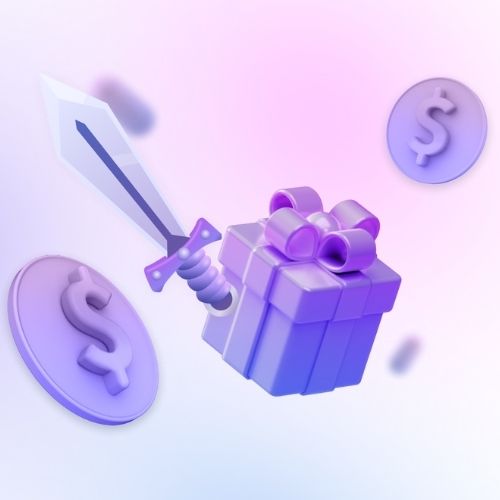 Want to know more?
Read about how cross-game items will be the key to unlocking new experiences in gaming.
Read More
Thank you! Please check your email.
Oops! Something went wrong while submitting the form.
#
Efinity
#
Metaverse
#
Polkadot 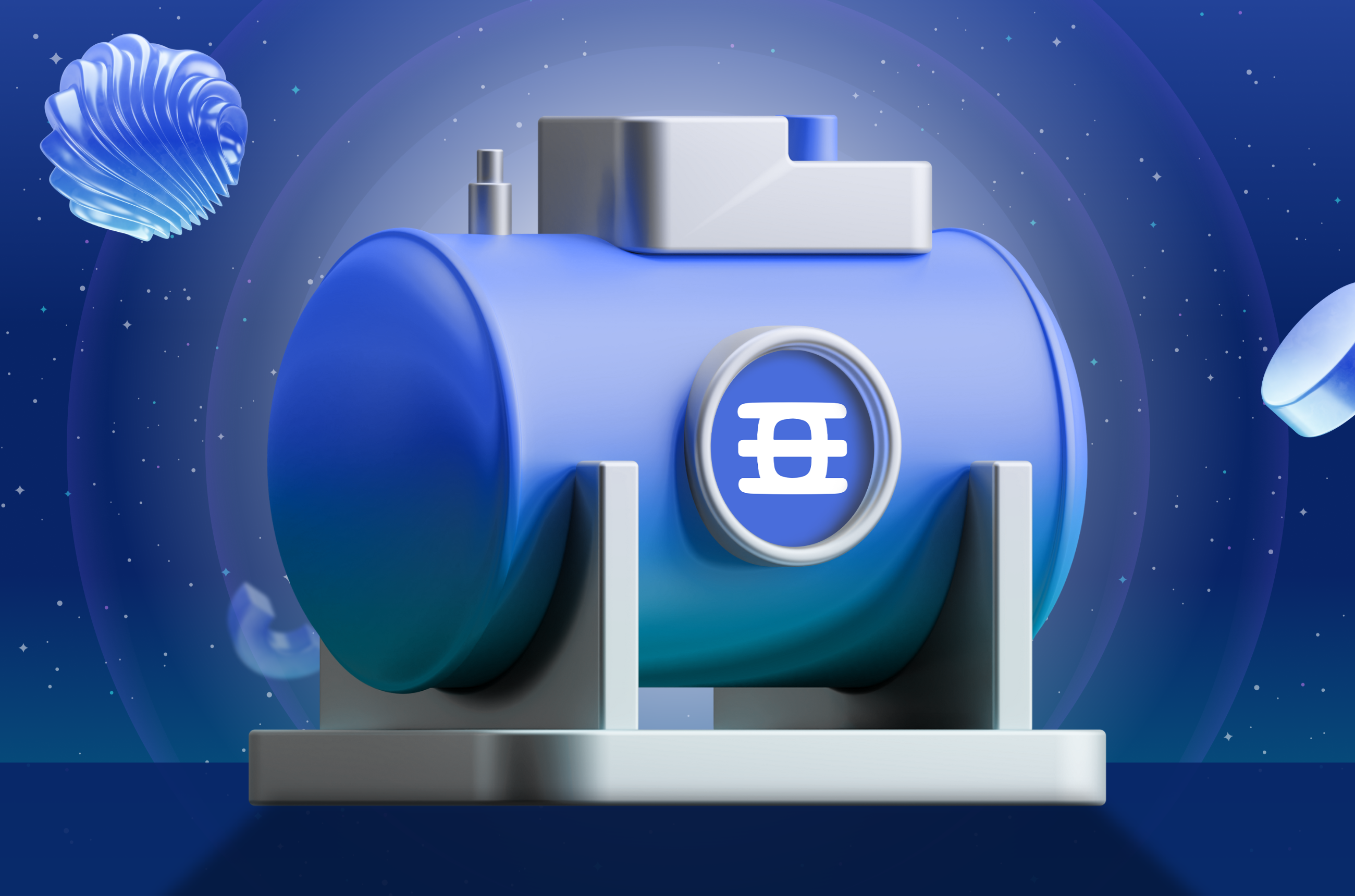 How to Use Fuel Tanks
Education 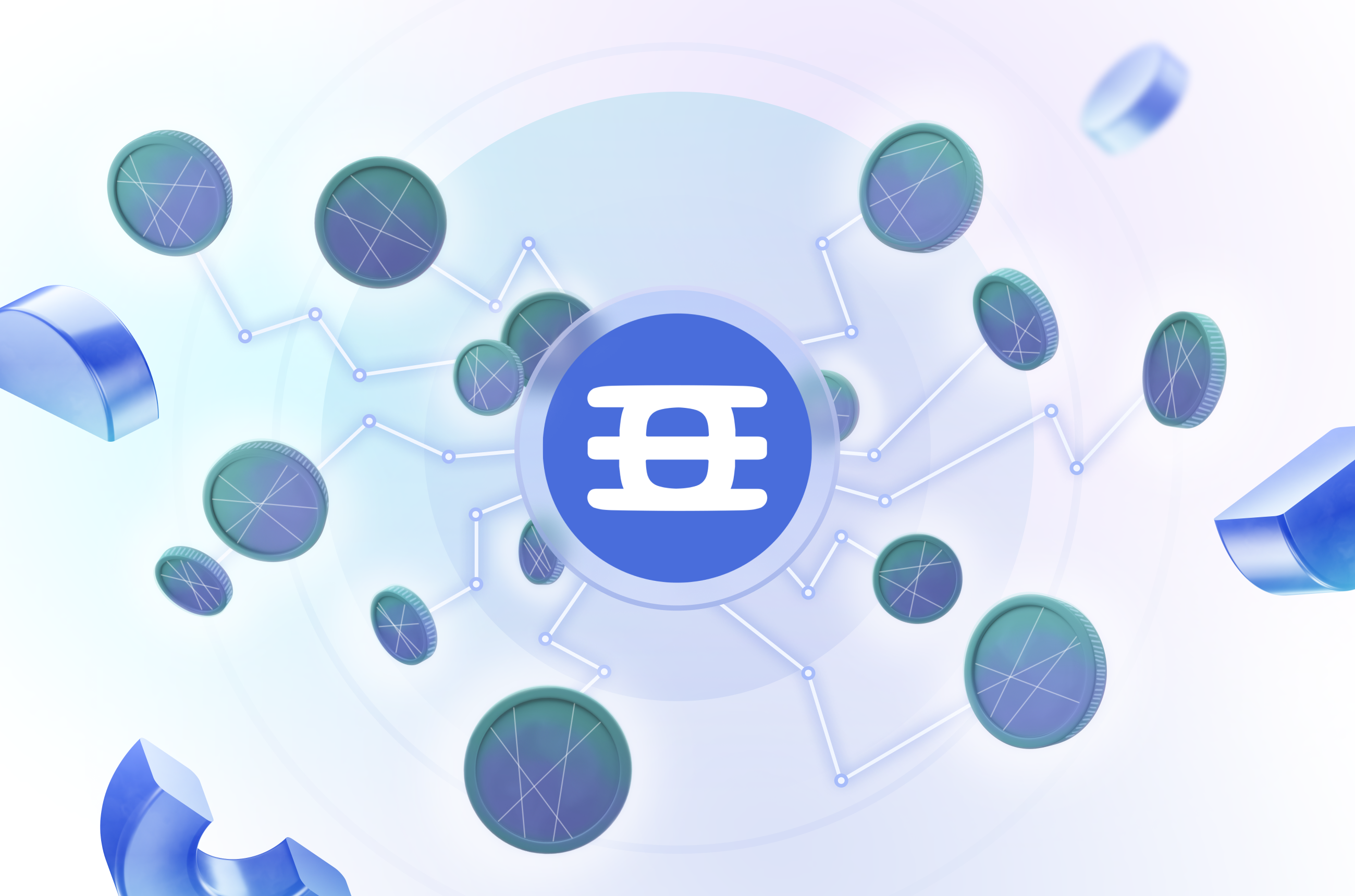 NFTs Have a Royalty Problem – Efinity Fixes It
Education 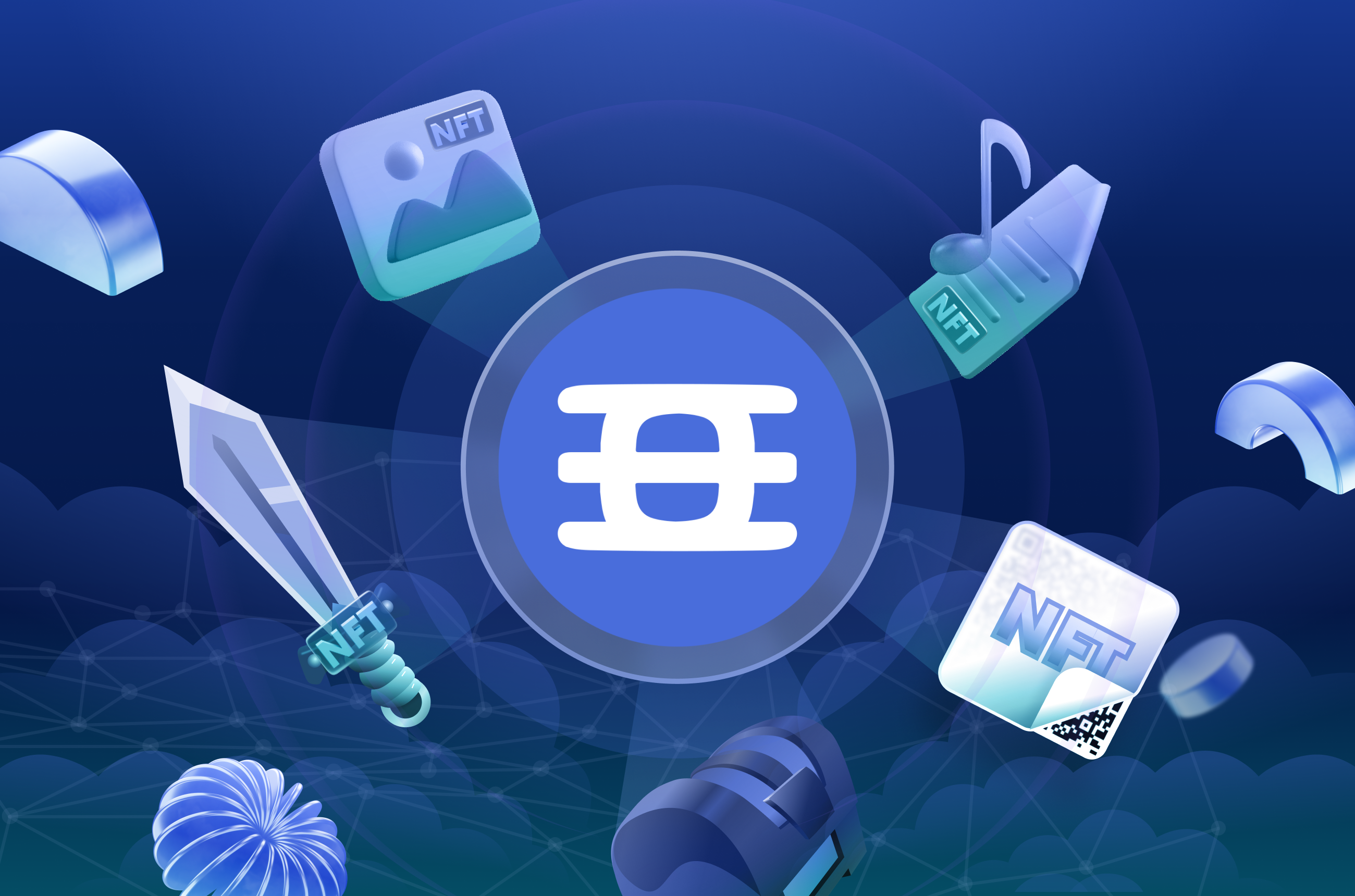 How To Bring NFTs to Efinity
Ecosystem
Education