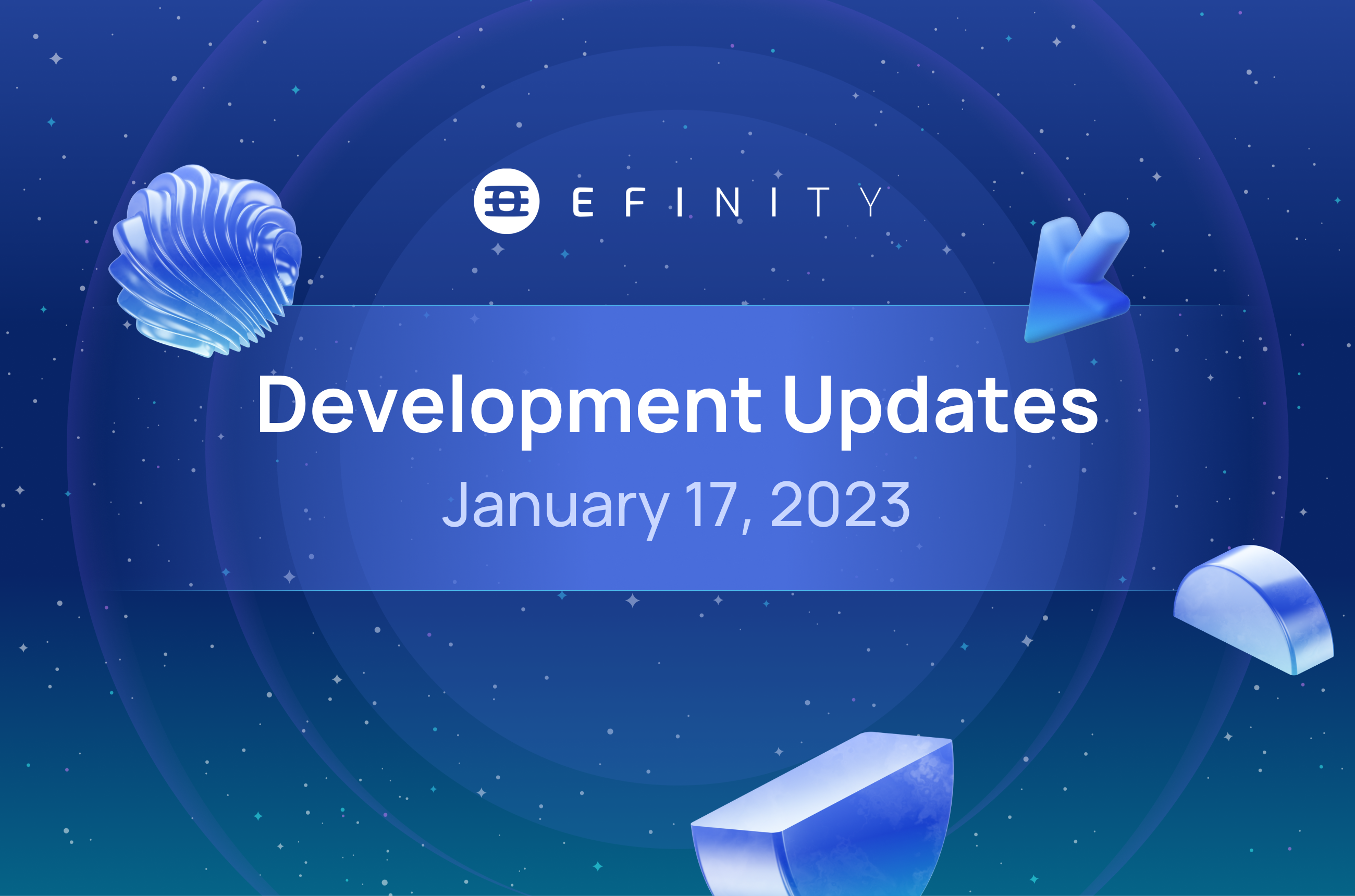 A round-up of Efinity's development activity for the last two weeks.

The cross-chain NFT highway, Efinity, is a parachain built on the Polkadot ecosystem. It enables designers, game developers, artists, and others to supercharge their projects or apps on Efinity at a low cost while being completely scalable.

Hello everyone! A new year has arrived, and with it comes a jam-packed update! In this week’s development update, we'll go over some of the most significant changes that have taken place since our last update.

That’s a wrap-up for the first update of Efinity in 2023! Stay tuned for more in 2 weeks! 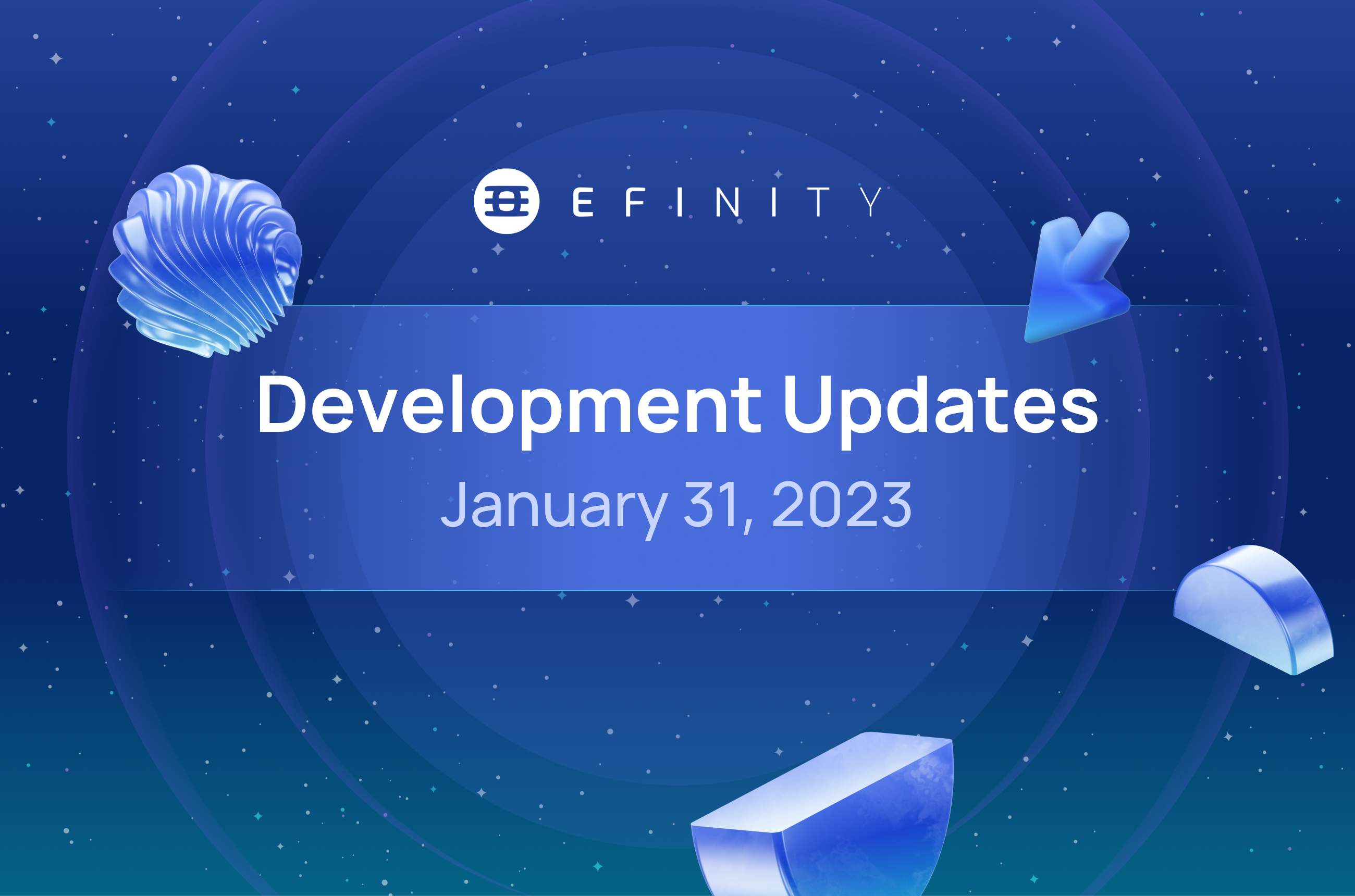 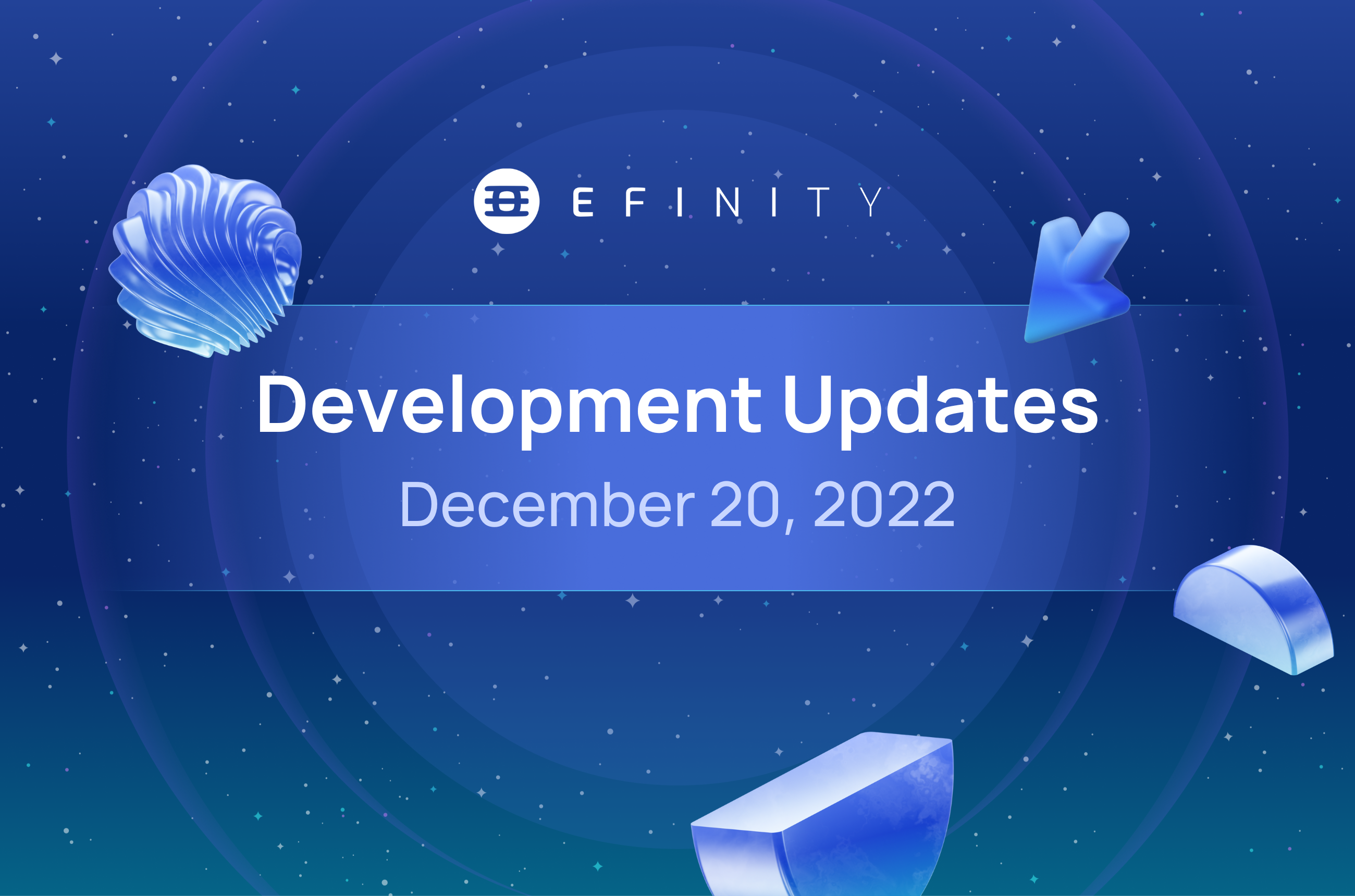 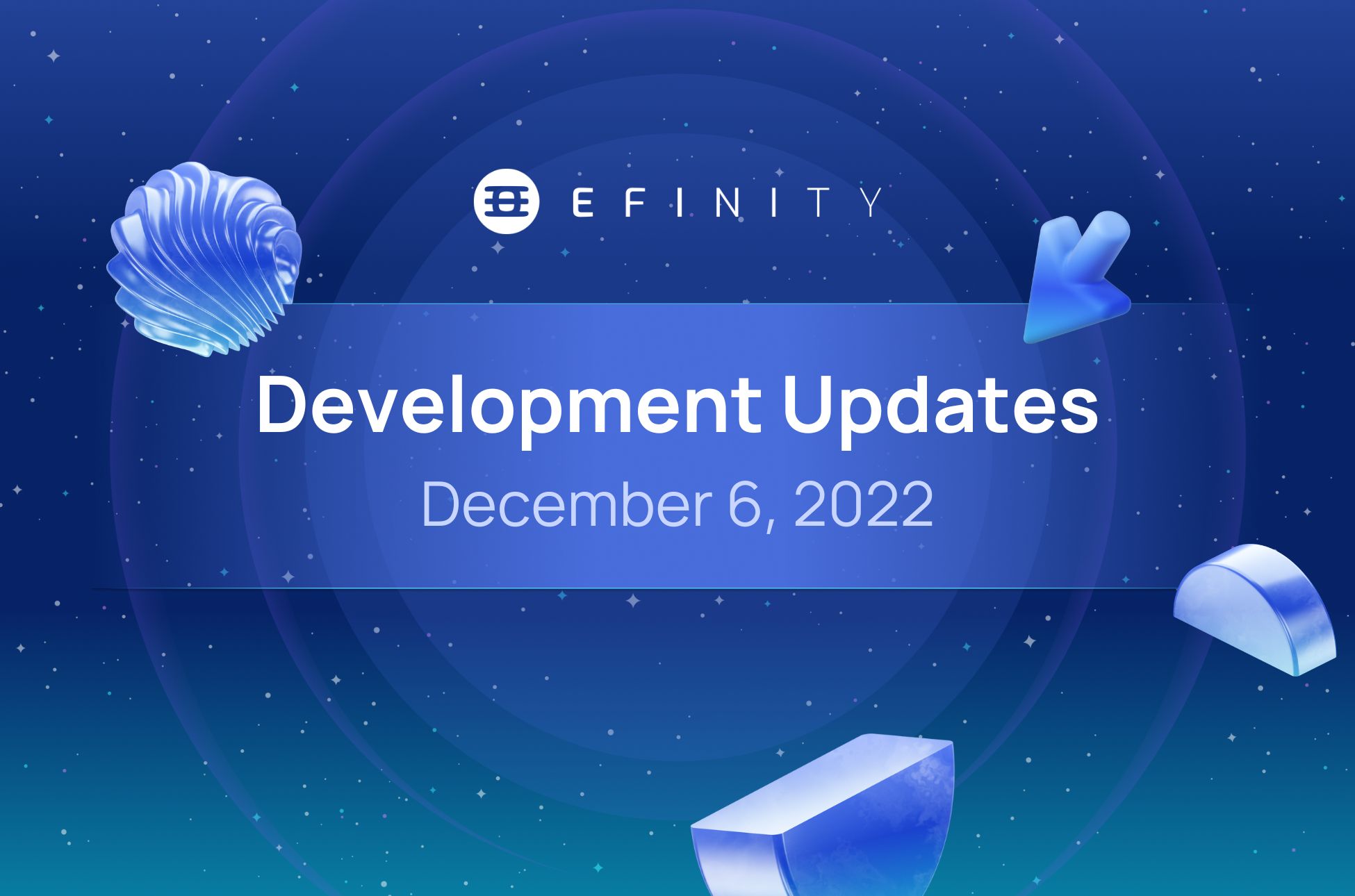 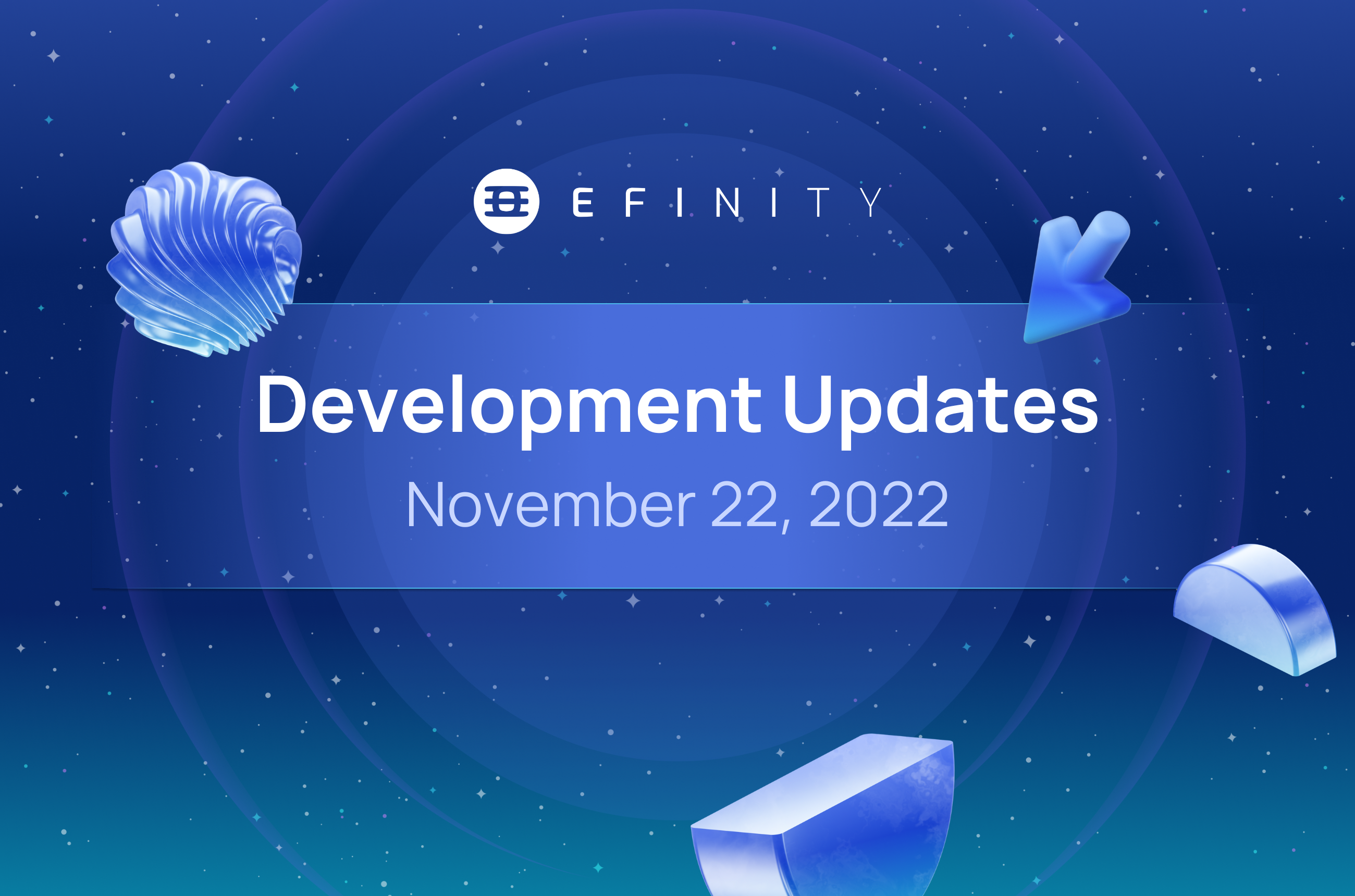